A CONVERSATION WITH ARTIST FEDERICO GARIBALDI

Telling With My Eyes, October 2018

How did you go from photography to film directing? The question needs to be asked now that you’ve won the Silver Dolphin prize at the 2018 Cannes Corporate Media & TV Awards.

I don’t know when I started photography, to begin with. I know even less when I started to film. I have a clear memory of myself looking at my grandpa, a cool – old photographer son of two wars, developing film or cutting and fixing the final version of a precious movie, the one we took together every Sunday, during the family field trip to the lake. I was five at the time, and I started to think that what matters is to mix. My mind started to give a meaning to the images, freezing single moments out of a movie, or imagining situations about a single pic.
I think I can tell you I never moved from one to the other. Only, my life gifted me with the chance to become a professional photographer, and I developed a personal technique to fulfill my goal: storytelling. Since then and there, the direction was very clear, and the jump was short enough to take.

As director you continue to use your FujiFilm GFX 50. How do you combine the use of video and still frames (of course you’re famous for multiple-exposures shots)?

I feel I’ve already answered part of your question. Referring to multiple exposures I’ll keep investigating the same area of interest. What usually remains, after a trip or after a job has been accomplished, is a complex true to life feeling, something in between a state of mind and a state of the heart. I don’t generally freeze single images, I rather like to freeze feelings, and try to reproduce them. Feelings usually mix themselves inside other feelings, that’s what happens in my stories. You also asked me about the camera I use. Though, obviously, when I direct a movie I’m not alone on the set, the choice of FUJI GFX 50 was driven by the consideration that that’s the only digital medium format to shoot double exposure, as I don’t like to over-manipulate my pics on the computer. The camera is fast, the task is easy. It does shoot a good video resolution, as well. So far it’s more than enough for what I`m working about.

Watching Reggiani a Thread Linking Water, Earth and Sky, one can appreciate a delicate fluidity in the visual storytelling. What was the idea that inspired this work and how did you attain your artistic goal?

The whole project investigates environmental sustainability. It’s of course a key moment in the life of the Company, and during my first conversation w/ Mr. Giovanni Reggiani I could clearly feel the enormous respect that he has for a valley where he’s spent almost all his life, and which represents his personal story and his family’s. The river is the center of all this, the great father of the valley, and the precious son of the mountain. Interpretation and description in this condition were going to be almost the same thing. The work was really very easy.

Was the short film you made for the famous Italian brand Reggiani S.p.A. your first experience as a director or had you already experimented with videos?

That was my first experience w/ an institutional video, with clear marketing and Adv purposes. Which suggests to me the opportunity to thank – very much – Mr. Giovanni Reggiani for the trust he has placed in me, and in the project. Before that, I realized some art projects, linked to different personal exhibitions, but that was more related to my artistic career. I also realized a small number of editorial video projects. Those experiences were truly fun.

For Reggiani a Thread Linking Water, Earth and Sky you collaborated with art director Roberto Pelizzoni. How was this join venture born?

Roberto is an old and really great friend ( and when I say old I mean young… ). To work w/ him is truly easy, indeed. He’s very demanding, at the same time he knows his way through. Roberto has a great knowledge of the ADV system. And he’s known my technique and my way of conceiving work for ages. We don’t need to talk a lot on the set. We talk a lot before. And after.

During the private preview presentation of the short film at Reggiani S.p.A.’s headquarters, in Varallo Sesia, you also chose to show the backstage shooting that documented your work. What did you ask for to the backstage set photographer when recording the “making of” the film?

That’s you! I feel it’s truly charming when people have the chance to see in-between all the moments of a job. It’s like a double exposure on life. Problem and solution, fighting and laughing, working and resting all become parts of one story. At the end of the day different feelings remain. And a cool story to remember. 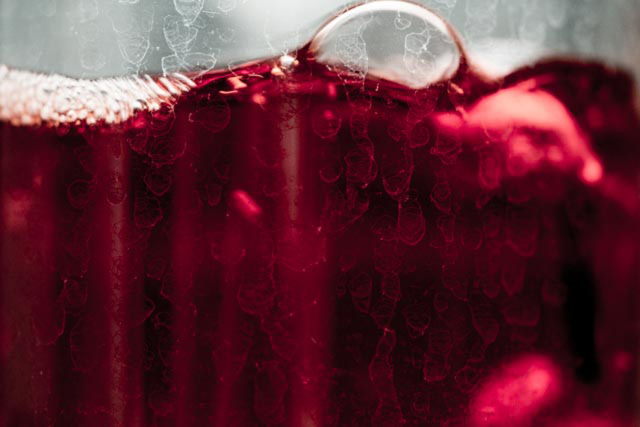 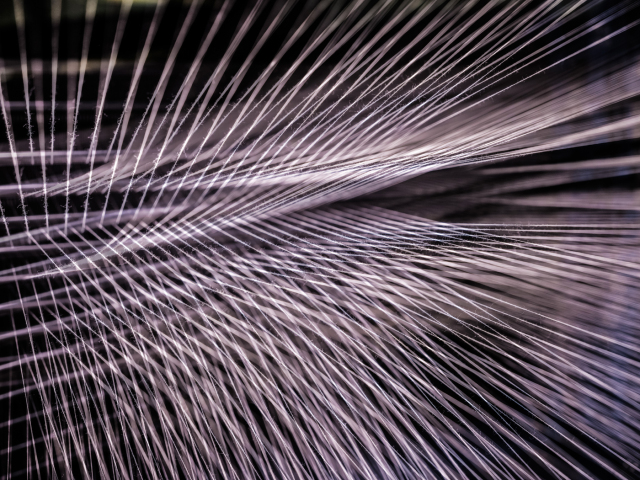 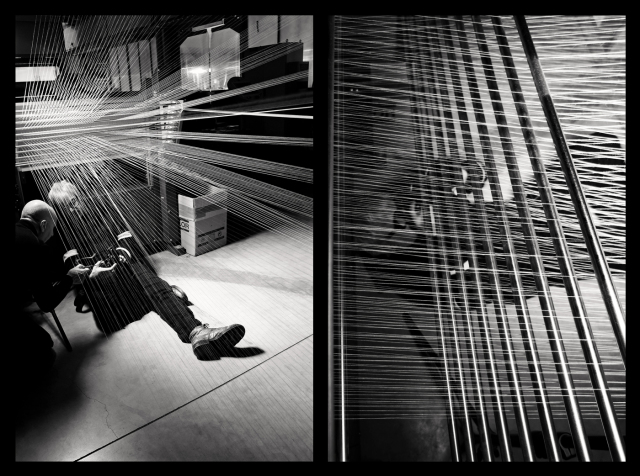 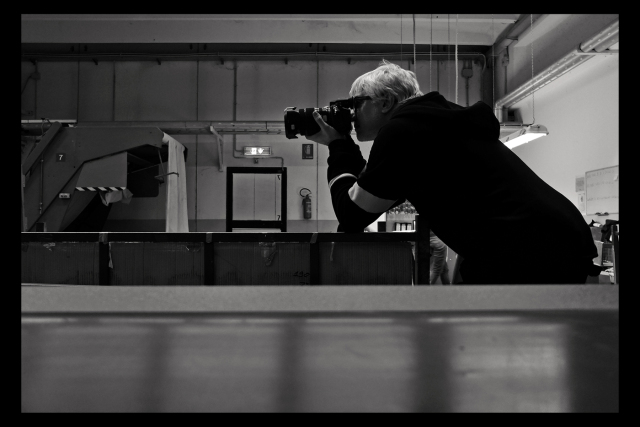 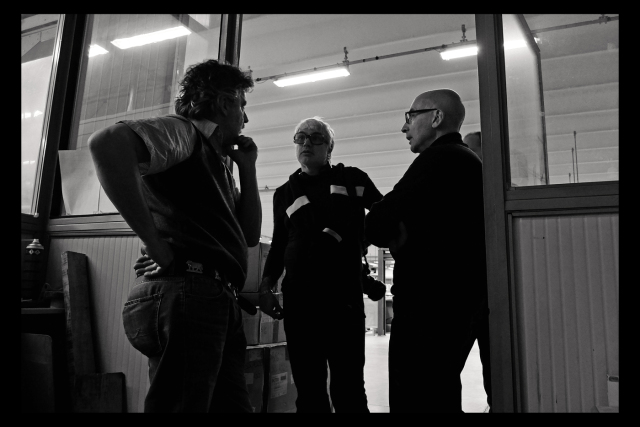 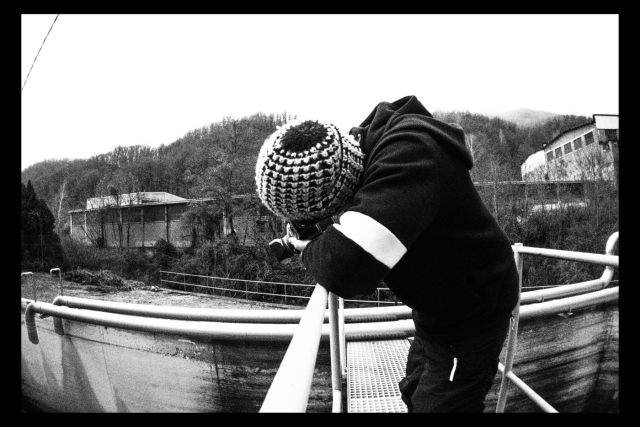 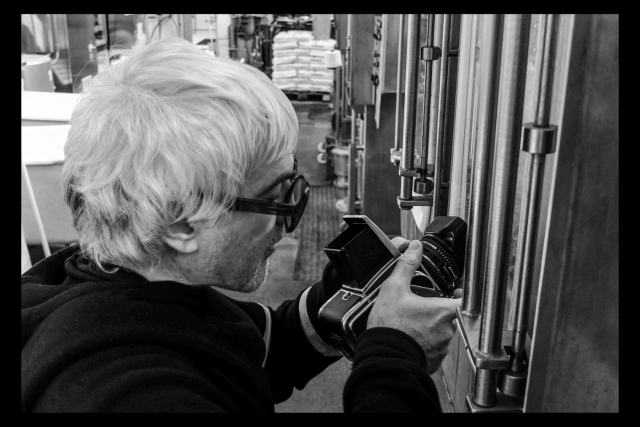